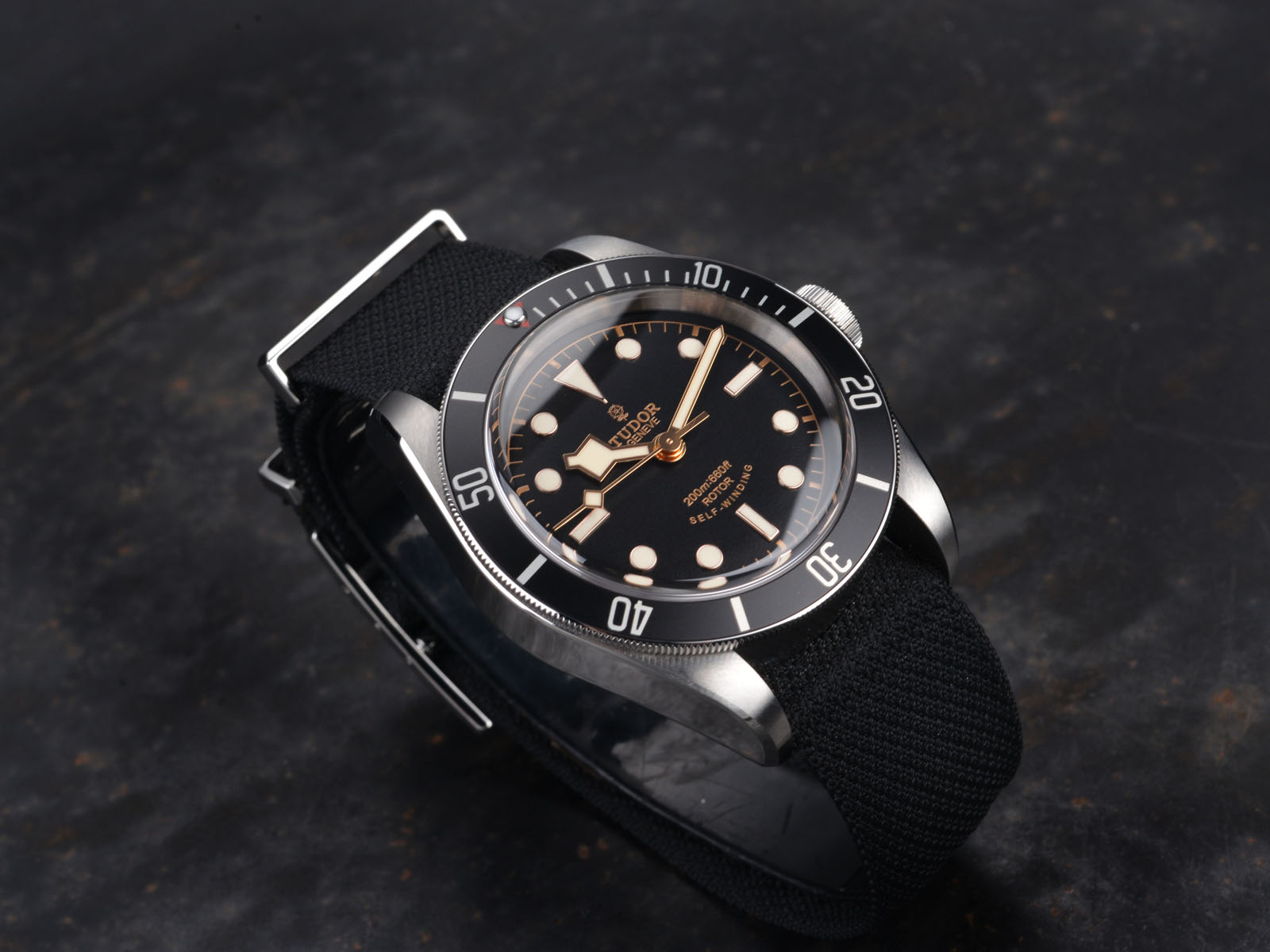 In early 2012 at Baselworld, Tudor launched the Heritage Black Bay ref 79220R with a red bezel and crown tube. Drawing on classic design cues from historic watches and specifically the 7922, the watch was an immediate hit. In keeping with its history, Tudor chose an ETA 2824 ‘top-grade’ movement.

Tudor made the bold move of shipping every watch with two straps, offering either a steel bracelet or aged leather strap with deployment clasp to be accompanied by a unique custom designed fabric strap. While this was cosmetically similar to a nato strap, it offered integrated springbars and an infinitely variable buckle. This gave it the benefit of a nato strap without the bulk while ensuring comfort on any wrist size.

Two years later at Baselworld 2014, Tudor released the Heritage Black Bay ‘Blue’ ref 79220B with a blue bezel and crown tube, again offering it with either the steel bracelet or the aged leather deployment strap accompanied by the Tudor fabric strap.

On October 14th 2015, Tudor released the Heritage Black Bay Black ref 79220N. This was the third release in the range and is the most true to the original heritage reference it was based on (the Tudor Submariner 7922) with both the black bezel and the red register.

During Baselworld 2016, March 17th, only five months later, Tudor discontinued all the Black Bay’s with ETA movements and present the 79230N, now with the in-house movement ref MT5602 and updated dial layout and riveted bracelet. Unfortunately amongst the cosmetic changes, Tudor also retired the iconic ‘Rose’ from the dial, replacing it with the more modern ‘shield’ emblem.  In addition, the new in house calibre MT5602 with its 70 house power reserve required a thicker case to house the movement increasing the depth by almost 2mm.

This makes the 79220N the shortest production model ever in Tudor’s history. There is huge speculation as to how few of these were produced with some prominent authorised dealers reporting only receiving two watches. Its not a limited edition, however this is the rarest Tudor ever produced.

For those who managed to buy one when they were on sale, these represent a huge value proposition for two reasons. Firstly their build quality is exceptional and it’s clear to see they will last a lifetime. Secondly they are already commanding a premium on the pre-owned market well beyond their original retail price, and prices are likely to climb the foreseeable future. 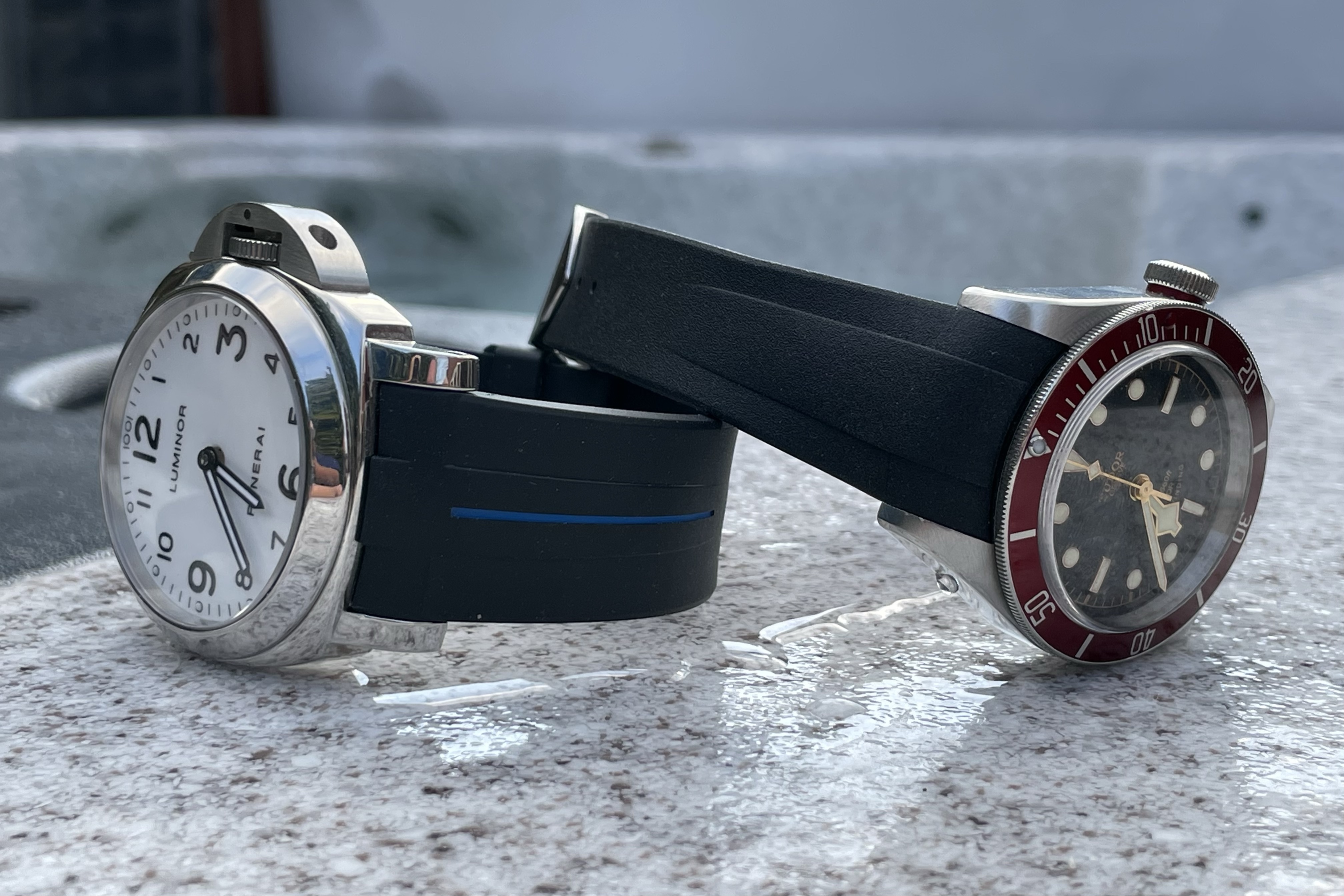 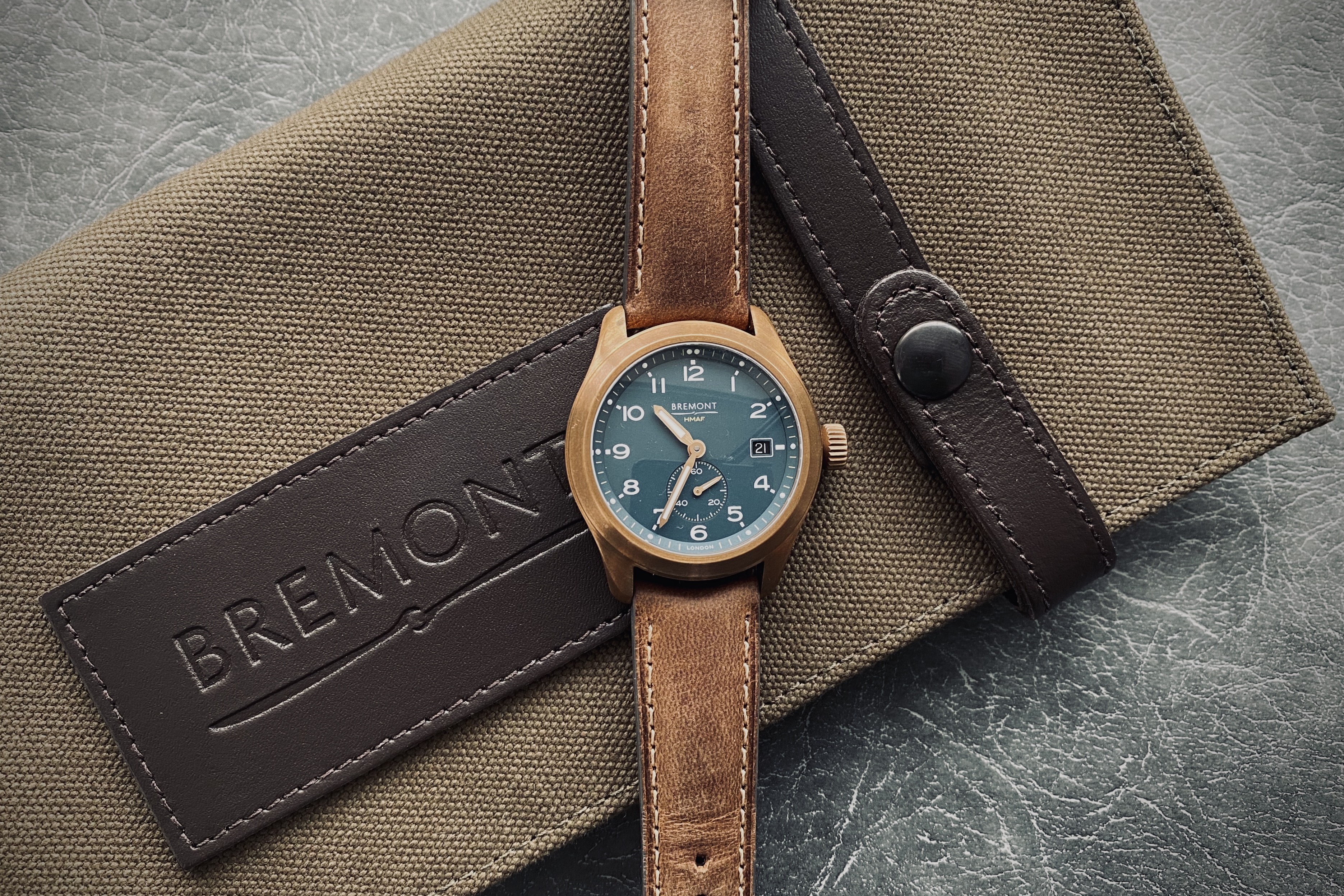