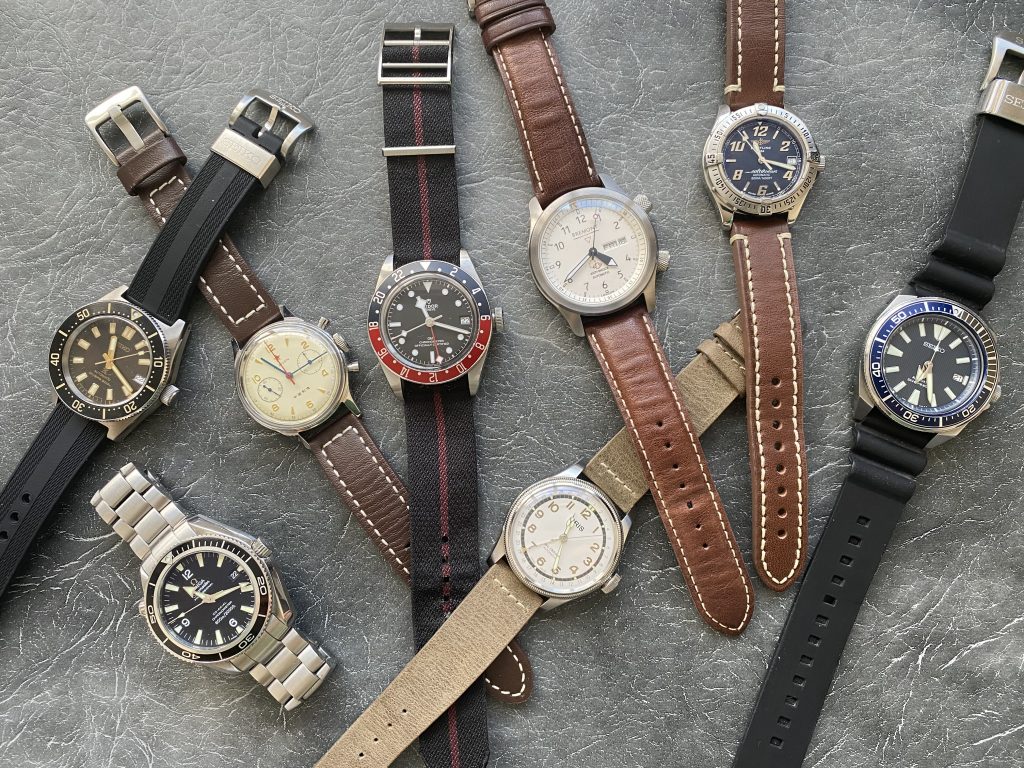 Having been born and raised here in the UK, Baseball was never really ‘on my radar’. Sure when I was young at school we had “rounders” but that’s a far cry from American Baseball. It was however during the first few weeks of being a father that I remember dreaming of one day standing in a field, playing catch with a baseball and gloves with my Son. Yes that’s right – a very idyllic sentiment of an American stereotype, but the father-son relationship that is often well portrayed in films I have found to be true – namely a fierce protection of family and the pursuit of a deep father son relationship. Something I never had.

However it was many years before this in my twenties – long before I got married when I felt I wanted to leave a future son something of value – something that represented and embodied one of my values and so I bought my first ‘proper’ watch. I’ve always had the mindset that I’d prefer to buy something of quality that will last rather than “buy cheap – buy twice”, and so I bought a COSC certified Breitling.

A watch to me represents the observance of the inevitable; Time moves on. So to be wise, we need to be intentional about what we do with this time. As we get older we start to understand the finality of time. Each person is given a different amount. None of us knows exactly how many years, months, weeks, days or hours we have and so we start to understand that time is valuable. This very concept hit me like a sledgehammer when my son was born. And so although he was only a few months old, I bought a pair of baseball gloves and a ball in anticipation of what was to come.

With house moves, job changes and unfortunate changes in personal circumstances over the years, the gloves and ball moved from one loft to another, ever waiting for the right time when my son was old enough to start having some ‘deep-and-meaningful’ conversations while passing the time chucking a ball to each other.

However last year I grabbed the gloves and walked up to my local field with my son and spoke to him of how I had dreamt of that very day some 12 years earlier. We mucked around, laughed, spoke and generally just hung out without much of an agenda other than spending time together and building memories – one of the most valuable things we can do with our time. It also struck me how much my relationship has evolved with him. He is no longer a small child who needs nurturing, but is growing his identity and forming the values that he cares deeply about and he will carry with him for the rest of his life.

This brings me to the most important lesson I want to teach my son. Each of us have talents, abilities, strengths, gifts and experience that we gain over time. So what will our legacy be? How can we impact those around us to leave the world and the people in it a little better off than when we arrived? This for me is the question of legacy that drives and motivates me. Because if i’m honest, there’s never been a selfish role model that I’ve ever looked up to, and my experience has always been that there is far more pleasure, satisfaction and meaning in life when we choose to positively impact others than when we just pursue personal happiness.

In September 2020, Oris launched a limited edition watch to commemorate and celebrate the life of Roberto Clemente – called the ‘Oris Roberto Clemente Limited Edition’. This is a Big Crown Pointer date with a white dial, and embossed case back and a themed strap with the leather and stitching reminiscent of a baseball glove. It’s a beautiful watch and many have commented that it is arguably Oris’s most beautiful watch with classic proportions and an unobtrusive subtleness. The connection of both time and baseball reminded me of my son and our time hanging out together in a field on a summers afternoon.

However what struck me most when looking into Roberto Clemente wasn’t his baseball achievements (even though these are clearly why he is considered a baseball legend) it was his humanity. Here was a man who had a healthy relationship with time. One of his most famous quotes puts that into a challenging perspective:

He was a passionate humanitarian and activist and lived to serve others by bringing real change in his home country and his local community. His love for humanity marked his fate as he lost his life in an airplane accident attempting to aid earthquake victims in Nicaragua on New Year’s Eve in 1972. He chose to personally escort a shipment of aid after learning the previous shipment never got to where it was needed, and sadly the aircraft crashed after takeoff due to being overloaded.

Each day when I put on one of my watches i’m reminded that I don’t know how much time I have left – so don’t waste what I’ve been given. 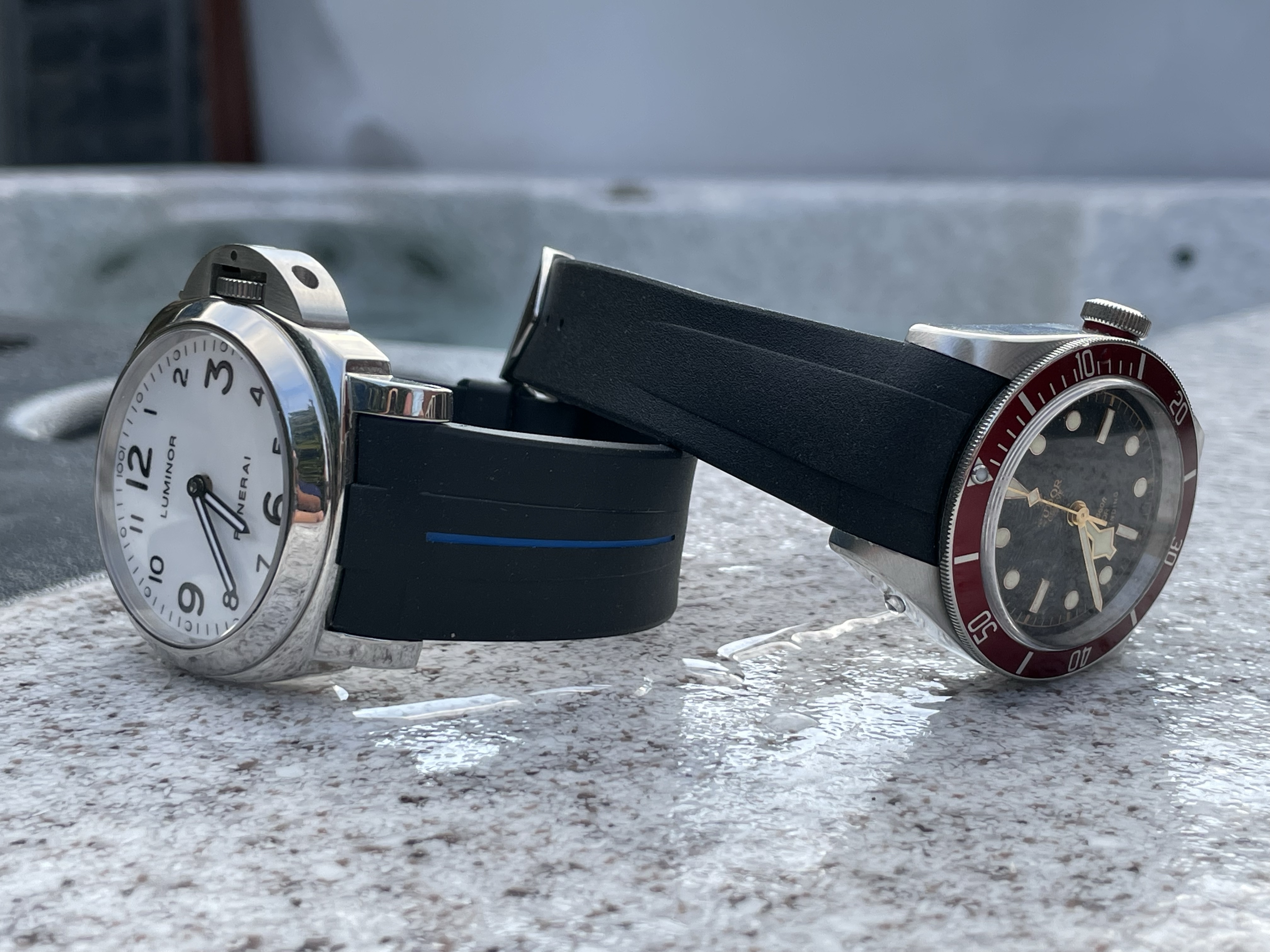 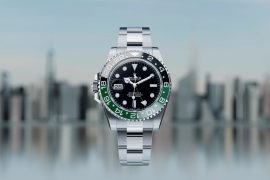