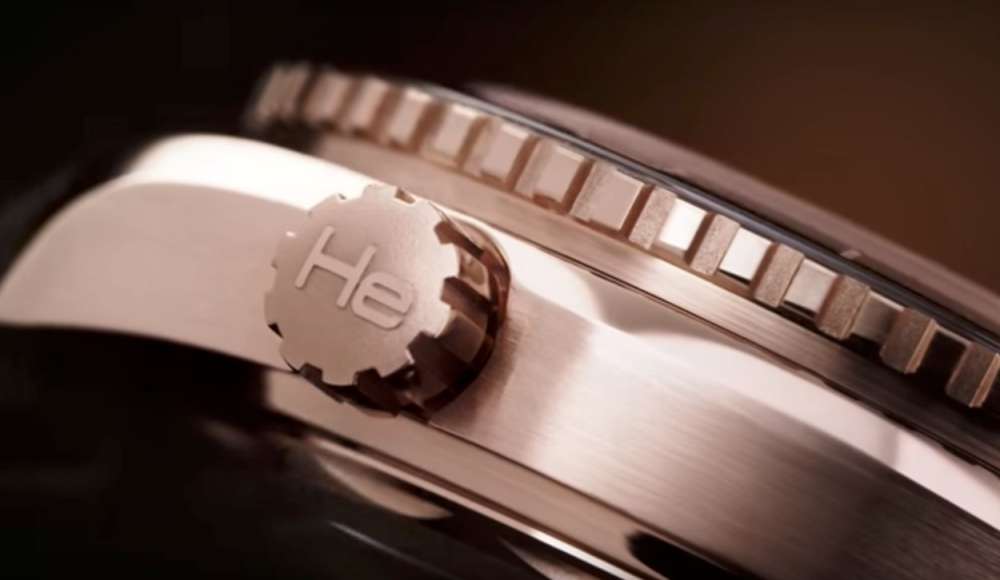 …..or “why no one needs a helium release valve but everyone has one!”

If you’ve been reading articles in the watch world for a year or more it’s likely that you will have come across at least one article discussing the presence of helium release valves in modern watches. What most of those articles will quite rightly explain is that you simply don’t need one as most divers don’t dive with their watches – mainly because they now use dive computers, and for those who do, less than 1% are ‘saturation divers’ (the type of diving where a build up of helium on a watch is possible and likely). However what I’m going to explain is why they don’t need one either!

Firstly let’s cover the basics of what it is for and why a divers watch might need one.

When divers operate at great depths, they either live in a hyperbaric environment on the surface, or an ambient pressure underwater habitat. In order to counter the effects of nitrogen in the air breathed by the divers, the nitrogen is largely replaced by helium. And the pressure in these habitats is typically higher than sea level atmospheric pressure. Since helium atoms are the smallest natural gas particles found in nature, these gas atoms are able to work their way inside the watch, around any o-rings or other seals the watch may feature. So the helium is driven in by the more extreme pressure of the environment that they are living in (in a dry environment). Once there is a build up of helium is inside the watch, a drop in the outside pressure will mean the helium will want to escape to equalise the pressure. And without an ‘exit route’ it will force its way out usually popping off the crystal or damaging the watches seals elsewhere.

To counter this effect, manufacturers spent a considerable investment designing watches capable of dealing with helium and they do this in two different ways. Omega’s initial approach was to make the watch so impervious to helium getting in, that it didn’t have to worry about it getting out. This was the Omega Seamaster Ploprof. 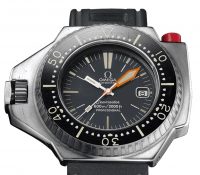 A watch case designed and made out of a single piece of metal with no opening case back. This was technically difficult to achieve as the entire movement had to be inserted through the front of the watch before the crystal was inserted. This was very effective but somewhat akin to wearing a cast iron safe on your wrist. Other manufacturers (including Omega in later years) chose to create helium release valves to safely allow the helium to escape as a more elegant solution.

There are two types of helium release valves created and used by watch manufacturers. Automatic and manual (no surprise here!) Automatic valves that operate a one way valve through a gasket held in place under tension from a taut spring (as used by Breitling and Rolex) . Alternatively, manual helium release valves usually resemble a second crown that the user unscrews to allow the valve to activate.

So to clarify, Omega (and many other manufacturers) have placed a helium release valve on a watch that can only be operated in a dry habitat to allow helium out of the watch. In addition this is only and quite specifically for what is known as saturation diving, and in no way improves the depth a divers watch can go in the water.

And this is the reason you don’t need one ladies and gentlemen: if you look carefully at your divers watch you will find you already have a watertight screw down crown used for setting the time. Merely unwind this crown to the first position when you would want to operate your helium release valve (thereby opening the gaskets) and your watch will beautifully stabilise it’s pressure without the crystal popping off or causing any damage your watch. Operating this crown in exactly the same manner as omega describe the operation of their helium release valve will achieve exactly the same results, and as you are operating it in a dry environment, there is no risk of water ingress.