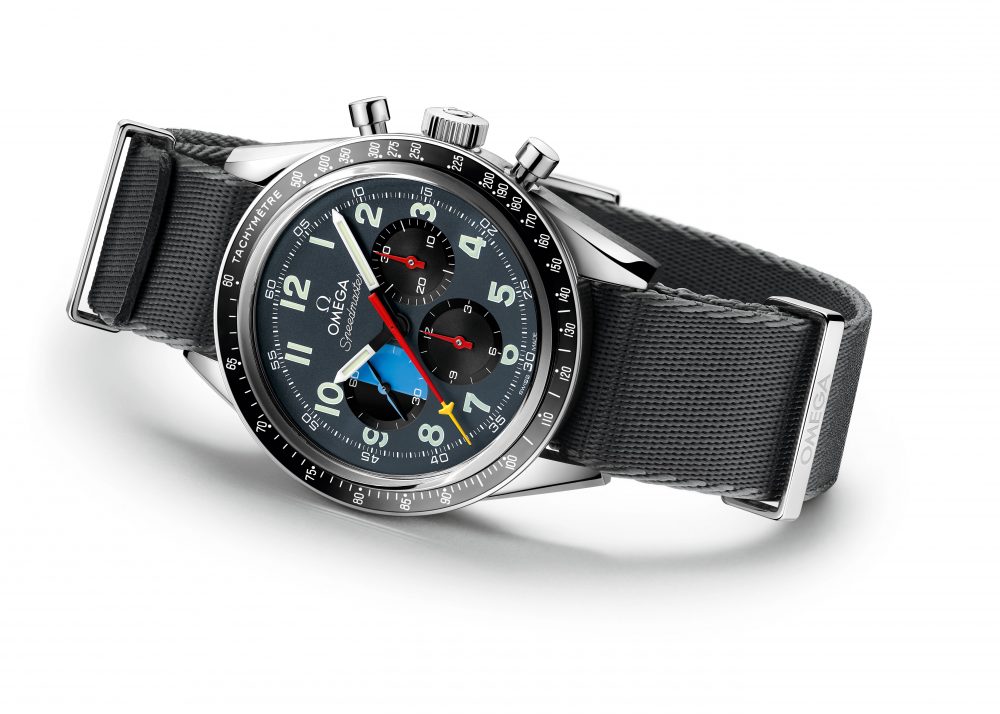 On Wednesday this week, HODINKEE launched a limited edition Omega Speedmaster celebrating a decade of HODINKEE called the ‘H10’. While it is unsurprising that Omega would take the opportunity to produce a Limited Edition watch, the timing of the release marks the second “Limited Edition Speedmaster” Omega have released in less than 2 months (the Speedmaster Ultraman was released on the 10th of July). Omega have often fallen foul of criticism relating to the number of ‘Limited Edition’ watches they produce and releases like this further contribute to that criticism. However,with a production run of only 500 pieces, this marks one of the few releases from Omega that are not produced in the thousands despite being a Limited Edition – the Seamaster ’40 Years of James Bond’ was limited to 10,007 pieces!

The watch itself takes its proportions from the ‘2998’ at 39.7 mm with no crown guards. The bezel is aluminium just as it was on the 1960’s 2998 reference, but there the similarities end with the hands and dial having cues from a number of references. It’s powered by the classic calibre 1861 – a favourite movement for the Speedmaster. The watch is supplied with two straps, a strap changing tool, display box and travel case. 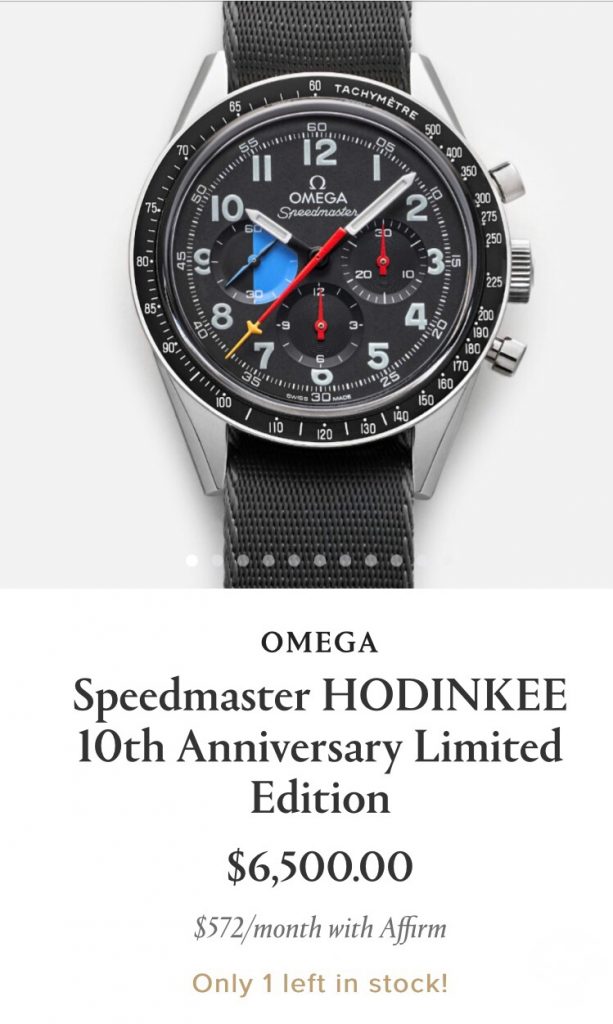 The email arrived in our inbox at 15:07 on Wednesday where HODINKEE announced it was available to order in its store. By 15:18 when we looked, there was only 1 watch left – which was gone shortly after (some 11 mins later). With a window of less than 15 mins, the vast majority of watch lovers and enthusiasts will read their email and about the launch long after it has sold out.

Probably more disheartening was the price that the watch was offered at. The HODINKEE anniversary limited edition is $6500 which is $2000 more than the regular Omega Speedmaster which is $4500 or in GBP £5069.35 verses £3440. We cant help but feel that Omega ‘s marketing strategy is look for opportunities to produce a limited edition watch and then charge over the odds for it.

We think its wonderful to honour those that have inspired us and this clearly has had a very significant influence in Ben Clymer’s life. While many of us would like to own our fathers watch, few of us would ever have the opportunity to create a timepiece in memory of our grandfather – celebrating the “watch that started it all”

While we would like to celebrate with HODINKEE their success and contribution to the watch community over the last decade which has been considerable, we feel sad that so few will have had the opportunity to know about this before all pieces were sold and that Omega hadn’t taken the opportunity of exaggerating the price given the opportunity.

You can read more about the watch, the inspiration and how it came to be here.

lots of change at hodinkee