Almost all watches we see today are rooted in one of the five main watch types that have evolved throughout the course of the 20th Century. Today we will take a brief look at what personifies each of these historic and iconic watch types, what makes them different and the natural setting and purpose of each. Although I’ve been collecting watches for decades I often wish that i had understood this fundamental perspective before I got very lost in the world of watches.

There is little direct science in creating the boundaries between watch types and i’m sure you will find examples of watches that bridge more than one type however these are broad guidelines that can be helpful in understanding appropriate styles and help refine your decision as to what might suit you well. 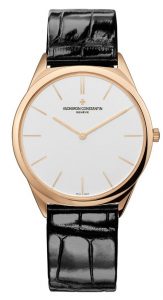 The Dress watch is the most formal of watches. At its core is the ability to elegantly impart just enough information as to convey the time and nothing more. Simplicity and elegance are the name of the game here. While it is true that at the highest of occasions (white tie with royal formality) wearing a watch in itself is frowned upon as it implies you are conscious of the time rather than pleasantly lost in the occasion, for all other occasions an elegant dress watch is suitable.

The dial is traditionally simple and sparse. Often with simple hour markers if present at all or alternatively elegant script stylising the numerals. The hands are elegant and simple without any luminescence – often with only the hour and minute hands present as knowing time to the second is superfluous at formal 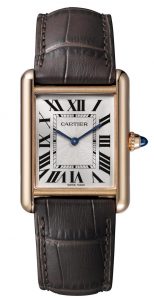 engagements. The movement in a dress watch is usually designed to be as thin as possible supporting the overall design and implementation of the watch as a whole to be as thin as possible imparting an elegant understated look. The case is usually polished in keeping with the theme of elegance and often made from precious metals. Complications typically border on the romantic – Tourbillions and moon phases demonstrate a technical prowess and elegant flair on a dress watch although neither form ‘essential functions’ and as such impart a luxurious feel. The strap will usually continue the theme of elegance and luxury typically being made of fine leather or other animal hide like crocodile, or ostrich for example, or from precious metals. Dress watches are at home in the office, at formal or social events. 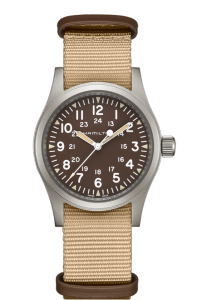 The origins of the field watch are steeped in military history. Initially created by adding wire lugs to pocket watches allowing soldiers to wear them on their wrists, they had been recognised as an essential piece of equipment for soldiers, and by the second world war had become ‘standard issue’. Field watches as their name suggests are designed to be a hardy timekeeper able to withstand the rigours of wartime. Able to cope with knocks, bumps and life in a harsh environment while being easy to read. Field watches are typically a little larger than dress watches at 38mm-42mm

As form has now been surpassed for function, practicality ensues. Modern field watches are a ‘jack of all trades’, able to withstand basic water ingress (from falling in a river or swimming) with a shock protection system ensuring the movement is able to maintain

good time despite being subjected to a hard life and the ability to resist the effects of magnetic fields. The dial is easy to read and often comes with 24 hour markers (a signal back to its military heritage) a date and luminous hands to aid visibility at night. The case of the field watch will be made from hardened steel and is invariably brushed or sand blasted proving a more rugged and hardy aesthetic. The winding crown will typically be larger and easier to grasp & use and the case design will incorporate more substantial (rather than elegant) lugs with which to attach the strap. The strap can be made from a number of materials ranging from leather or canvas to a steel bracelet.

Field watches are often also referred to as Explorer watches as their ruggedised construction makes them ideal for world exploration and to ensure they stand up to the rigours of harsh environments. Field watches are possibly the most universal watch at home, in the office, worn casually at social events and rugged enough to go swimming in or worn to sports events. Some field watches when paired with the right strap can be worn very effectively as dress watches – the Rolex explorer for example when paired with a leather strap passes as a very acceptable dress watch. 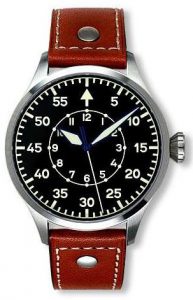 Pilots watches bear a lot of similarities to field watches except they are designed to be much larger. Pilots used watches to aid in navigation as they needed an accurate time reference along with their speed to know exactly how far they had travelled and therefore where they were. Although pilots had been using watches for decades to accomplish this, wartime is an incredible catalyst to accelerate innovation. In the early 1940’s during the second world war, Germany commissioned 4 companies to produce pilots watches for the German airforce (the Luftwaffe) known as Flieger watches. Each was to produce these watches to exacting specifications and stamped with FL23883 (FL = flight, 23 = navigation, 883 = specification by the German Research Institute for Aviation). They were built with many of the same requirements including resistance to magnetic fields, shock protection, and basic water resistance. However in addition to these, the crystal must be able to withstand negative differential pressure to prevent it from being pushed off the watch due to the expansion pressure from gasses inside the watch as the aircraft climbs.

The dial of pilots watches are simple and easy to read with both hour & minute references. The hands are large usually with considerable difference in size allowing easy time reading through flight goggles and applied with luminescence aiding visibility at night. The case of a traditional pilots’ watch is very large at 55mm to allow it to be worn on the outside of a flight jacket. The case of modern pilots’ watches are typically 40mm-47mm, and finished with a brushed or sand blasted finish which eliminates light reflections and glare from the case. The strap on a pilots’ watch is typically leather or canvas. Pilots watches lend themselves well to be worn casually rather than at more formal events where an oversized watch does not pair well with black or white tie. 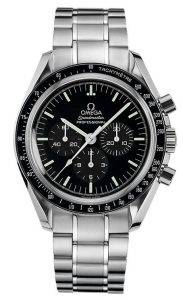 With the advent of the motor car, it didn’t take long until the advent of motor racing. By the 1920’s Zenith and Universal had started to produce sports chronographs but it wasn’t until the 1940’s that large scale production of them began. In 1955 as motor racing continued to grow in popularity and culture, Rolex had launched the watch that was to become the Daytona – later to be worn on the wrist of the infamous Steve McQueen in the 1971 film Le Mans cementing its place in horological history. In 1957, Omega launched the Speedmaster their take on a racing watch – later to be adopted by NASA as officially qualified for space flight. These sporting chronographs allowed the wearer to measure intervals of time through the use of an integrated stopwatch or Chronograph. Many other manufacturers made chronographs based on movements made by Venus – the 170 and 175 movements were extremely popular and were used in almost hundreds of watches by a plethora of manufacturers. Other sports watches were created to allow gentlemen to play sports while wearing them without damaging them. In 1931 for example Jaeger LeCoultre released the Reverso specifically designed for Polo players as Polo mallets and glass watch crystals were not a good combination. So the watch was designed with a housing allowing the watch to flip 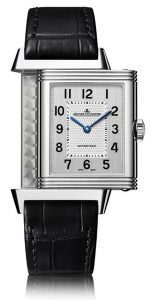 over thereby protecting the glass.

With the exception of the Reverso, the dials on sports watches often contain a plethora of markings supporting the measurement of time to the smallest possible unit. Hands are usually thin or skeleton and designed not to obscure the dial. The cases of modern sports watches are practical and substantial whereas older traditional sports watches were more refined and elegant where sport engagements were a ‘gentleman’s pastime’. Typically leather straps or steel bracelets are used as sports watches are not designed for heavy water use.  Sports watches are most often but not always made with timing chronographs so as to be able to measure specific lengths of sporting time. Sports watches are great to be worn casually in casual, social or work environments but do not lend themselves well to the most formal of events with the possible exception of JLC’s Reverso which is more akin to a sporty dress watch. 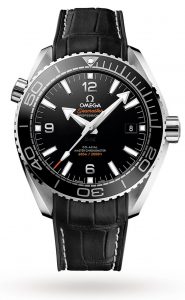 Diving watches were made popular during the 1950s with both Blancpain and Rolex investing heavily in the creation of divers watches at the same time as the Self Contained Underwater Breathing Apparatus (SCUBA) was developed. Although modern divers rely on dive computers to aid in their underwater activities, dive watches were used to calculate the quantity of air remaining to a diver which carries life or death consequences. Other than the obvious requirement for a divers watch to be able to resist the pressure of water ingress up to and typically beyond a specific depth, a divers watch has a number of other key requirements including an indicator that the watch is still running, thermal shock resistance, presence of a time-preselecting device (for example a unidirectional rotating bezel) protected against inadvertent rotation or wrong manipulation, resistance to salty water and more.

The dial of a Divers watch is large and intended to be read easily while wearing a face mask. Hands are typically large and highly luminous including the second hand indicating the watch is still running. The case will often incorporate crown guards to protect the crown from damage when coming into contact with objects underwater and generally be of a substantial construction. Typically the bezel if external will rotate counter clockwise only, and if internal will have a second crown to independently operate it. The strap on a divers watch will usually be made of a highly water resistant material. Rubber straps or metal bracelets are popular which usually incorporate a wet-suit extension allowing it to be worn over the top of the increased size of a wet suit. Alternatively, canvass or cordura straps are versatile options. Divers can be worn in most circumstances dependant on the model as some brands offer divers more akin to a dress watch (the Nomos-Ahoi for example).

Understanding these types will help you choose and wear a timepiece appropriate to you, your lifestyle and the social setting you most often find yourself in. In addition, you will probably notice watches that hold true to the core principals and identity of a particular purpose make an excellent choice. Although many watches today are universally acceptable, there are times when a 55mm flieger pilots watch is inappropriate – like wise it may prove an expensive mistake wearing your dress watch in the pool!

Due to style, culture and the era they were born many people find they often find one style of watch personally appealing, however as is often the case when people start collecting watches, they find as lifestyle becomes more diverse they’d like something different for occasions their ‘daily’ watch isn’t suited.

Which watch type do most identify with and which type of watch do you own? Do get in touch and let us know in the comments. 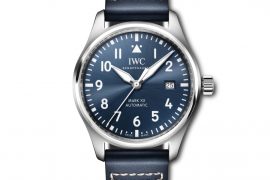