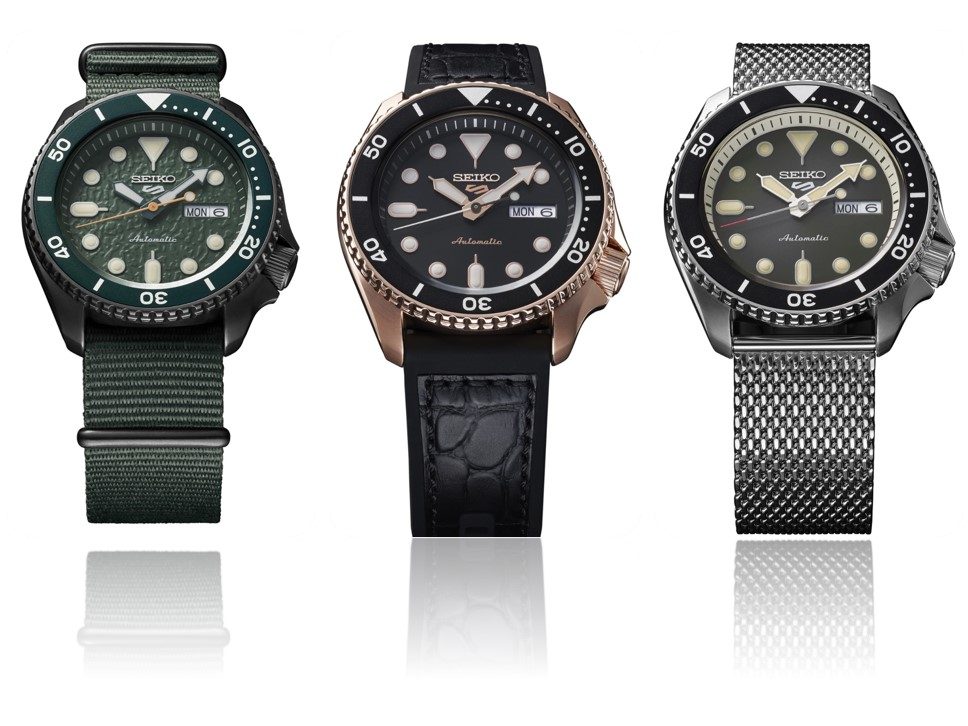 Why did Seiko ‘Downgrade’ the SKX?

On the 7th August Seiko stunned the watch community by the surprise launch of of 27 Watches marking the revival of the Seiko 5 line of watches now re-vamped to become the Seiko 5 Sports collection. While this was a surprise (rarely has a manufacturer launched so many watches at once) the SKX has been a problem brewing for some time for the brand. Allow me to explain why Seiko had little choice…

So what are the new watches?
Well, Seiko has taken to revamp the Seiko 5 series by taking one of the most cult watches in history and updating it for today. Based on the Seiko SKX visual aesthetic (which itself is based on a number of heritage models) Seiko has introduced 5 ‘Themes’ – Sports, Suits, Specialist, Street & Sense within which they have ostensibly created 27 different visual variants of the beloved SKX. These include models with Steel, Mesh, NATO and Rubber straps, with regular or blacked out and rose gold cases, textured dials and even an orange dial (a re-invigorated SKX011 – their least popular SKX model). These new watches include a much wanted upgrade to the trusty 7S26 movement in the guise of the 4R36 movement. This benefits from the addition of hand winding and hacking and is the base movement for the Prospex Range. But these watches are not referred to as ‘Prospex’ but as Seiko 5 Sports so why not? Well the most significant and notable change is the removal of the screw down crown and that the new range is not ISO certified unlike the SKX that they replace.

So why did Seiko chose to do this?
Well to understand this, you need to take a look at where the Seiko SKX sat in the range. You see the SKX represented a marketing nightmare for Seiko. As a watch, it is the perfext embodiment of a no frills diver. It is an ISO6425 certified dive watch (which means each and every watch has been tested to 125% of the depth stated on the dial as well as a whole variety of other stringent tests) which in theory places it in the same camp as the Seiko Samurai and the Turtle whose RRP is ostensibly the same as the SKX (although the SKX can invariably be purchased for less) But the SKX doesn’t carry the Prospex logo on the dial and doesn’t have hand winding or hacking so cannot be accurately set to a reference time. This is because it contains the extremely robust and clever 7S26 which has served Seiko well for decades, however the public are demanding more.

This leaves two courses of action for Seiko. Improve the movement and upgrade the SKX to Prospex status in Seikos’ lineup – which would delight SKX owners but then create too much competition and not enough diversity in the bottom end of the Pro series range, or demote the capabilities of the SKX by removing the screw in crown and ISO6425 rating of the watch and create a whole series of watches with enough models to appeal to those wanting to get their first mechanical sports watch – which quite frankly is where the SKX sat anyhow.

Given the choices Seiko had in front of them I completely understand why they chose the course of action they did and I hope that we see a whole new generation of watch enthusiasts embrace and adopt the new Seiko 5 Sports range, however I know that there will be many mourning the demise of their beloved SKX for a technically inferior model. The New Seiko 5 Sports range should provide a robust entry level sports range to attract customers looking to buy their first ‘propper’ watch and provide great selection to choose from.

One small concern…
The new models have a push/pull crown and a 100m waterproof rating. While this should be more than adequate for those wanting to swim with their watch rather than dive professionally, we have unfortunately had some bad experiences with Seiko models that don’t have a screw down crown – specifically the SNZH55 which is a Seiko 5 dive watch with a push/pull crown rated to 100m. This let water in while swimming in a swimming pool (so at most 2 metres deep). We hope that Seiko has done a better job with the new Seiko 5 Sports range as early negative experiences could inhibit a potentially great watch that will inspire the next generation of watch lovers.

This might also be the time to go and buy a Seiko SKX while you still can as we can see demand for this is already on the rise. The new Seiko 5 Sports range goes on sale in September with an indicative pricing of £250-£350.

Items in this article:
New Seiko 5 Sports range
Related:
The Problem with an SKX